In 1762 the village had a turnpike gate. In the 1891 census Low Coniscliffe included Coniscliffe Grange, Dublar Castle and East Farm, and there was a Badle Beck Inn which is probably the current Baydale Beck Inn.

Just to the east of the village along the A67 to Darlington is the Victorian Tees Cottage Pumping Station. 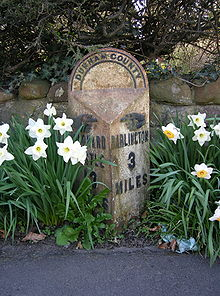 Merrybent, a linear village which lies along the A67 had very few buildings until the beginning of the 20th Century but boasted many greenhouses for the Merrybent Nurseries.  There was a branch railway line the Merrybent and Darlington Railway which carried stone from quarries and ran from Archdeacon Newton to Barton.

The railway built in 1870 was finally closed in 1938 and the A1 motorway was built along the old trackbed of the railway and completed in 1965.  The A1 dissects the old Merrybent Nurseries.